Now fast forward back to today and what you may not know is that the current Common Rail Diesel (CRD) engine is far more complicated and sometimes much less reliable than before. This is due to tighter emissions laws which have been put in place over the years to help reduce the amount of harmful emissions caused by vehicle engines of all fuel types. Obviously diesel requiring the most technology change than petrol or gas. This is great for our population but a lot of times can cause grief for the owners of modern day diesel owners. 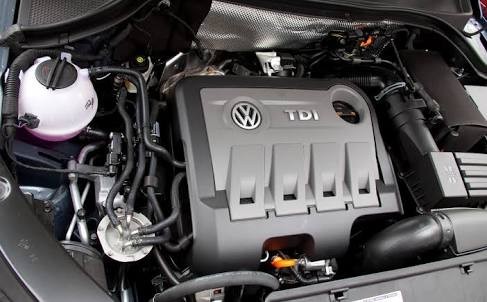 VW – Common Rail Diesel engine found in many of their various models.

So why are they so problematic now? Well, to put it simply, it is the result of these new pollution saving designs combined with short trips. Driving to the shops or school and then home, no more than a 15 – 20 minute drive, if that, constantly. This is why we see them suffer. You see, the thing you won’t be told by your car salesman when buying your new work ute or family SUV is that while the amazing milage they can do on a single tank is roughly 1000km or more and the awesome power/performance they have far surpasses those produced more than 10 years ago, they really aren’t as useful to you in the long run if you’re not going on long trips at least once a week or using a freeway for up to 30 minutes at a time whilst holding a constant 100km/h the whole time, as this is roughly what the Diesel Particulate Filter (DPF) requires to “regenerate” itself so that it doesn’t block up. Similar driving conditions must be met in order to keep the Exhaust Gas Recirculation (EGR) from becoming so blocked that the engine chokes on its own carboned soot creation.

Looking closer at EGR systems. What they do, how they cause owners headaches, how we can help if you’re faced with an EGR issue and a guide to help reduce further soot buid up.

Diesel engines, as mentioned above, produce many toxic fumes and in order for manufacturers to be allowed to continue to produce diesel vehicles, they had to implement an exhaust gas recirculation setup to help reduce the level of harmful chemicals being emitted. EGR is a device that acts almost like a tap and diverts exhaust gasses containing unburnt diesel fumes back through the intake of the engine and into the combustion chamber allowing it to be used again. This is a great idea in theory, and works great on petrol engines, but on a diesel engine, it can be self destructive!

Due to the higher combustion temperatures in diesels, larger clearances between pistons, piston rings and bores are required to accomodate for the expanding and contracting of these parts which is why these motors are prone to excessive blow-by. Blow-by is the result of pressure building up within the crankcase by the downward force of the pistons. This pressure forces air back up the cylinder and past the gaps between the piston rings and cylinder wall and into the intake chamber. This blow-by contains traces of engine oil and as the oil gets older, it gets dirtier, heavier and is also diluted with diesel fuel. (If diesel fuel sits in the tank for an extended period of time it builds moisture and forms an algae on the tank walls that also speeds up soot build-up). Combine this mixture in the intake and then add extremely high exhaust temperatures from the recirculating exhaust gasses and you have created diesel “soot”. With the high exhaust temps, the oily blow-by is baked onto the walls of the intake system and over time, you can imagine what happens.

A heavily blocked EGR valve compared to a new one.

Once your intake/EGR valve is blocked to the point that intake air is restricted to a minimal flow the engine can no longer breathe, it will in most cases illuminate the “Check Engine” light and power will be heavily restricted by the ECU (Limp Home Mode) as a safety measure to prevent further damage. In other cases, it may feel like it’s misfiring and possibly blowing a heavy trail of thick black smoke.

This is the point where we must now dismantle the air intake manifold and EGR system to inspect the extent of the blockage. All the soot build up has to be manually scraped out by hand before being chemically cleaned in a parts washer. In severe cases, we have had to replace EGR valves and EGR coolers as they were unable to be cleaned to a satisfactory state. Other cases, depending again on severity and also Make/model of vehicle, we have had to remove and clean intercoolers in order to get correct intake pressure readings.

With all the parts cleaned or replaced if necessary, they are refitted using new gaskets or sealants as required. With the vehicle running again, we then spray an Diesel Intake Cleaning additive through the whole intake side whilst holding the engine at a steady 2000rpm. This ensures that any further blockages or soot in the intake chamber and cylinder head passages are removed. The intake cleaning additive is accompanied by a bottle of CRD Diesel Fuel system cleaner in the fuel tank. This helps reduce moisture in the fuel and breaks down any algae already formed inside the tank. Any previous fault codes are cleared before the vehicle is road tested and then checked again via a diagnostic scan tool for any further faults and correct readings from the EGR.

We use and sell additives by PowerMaxx which have been tested and proven to have great results. These tests have been carried out in front of us in our workshop by BlueCHEM/PowerMaxx representitives. 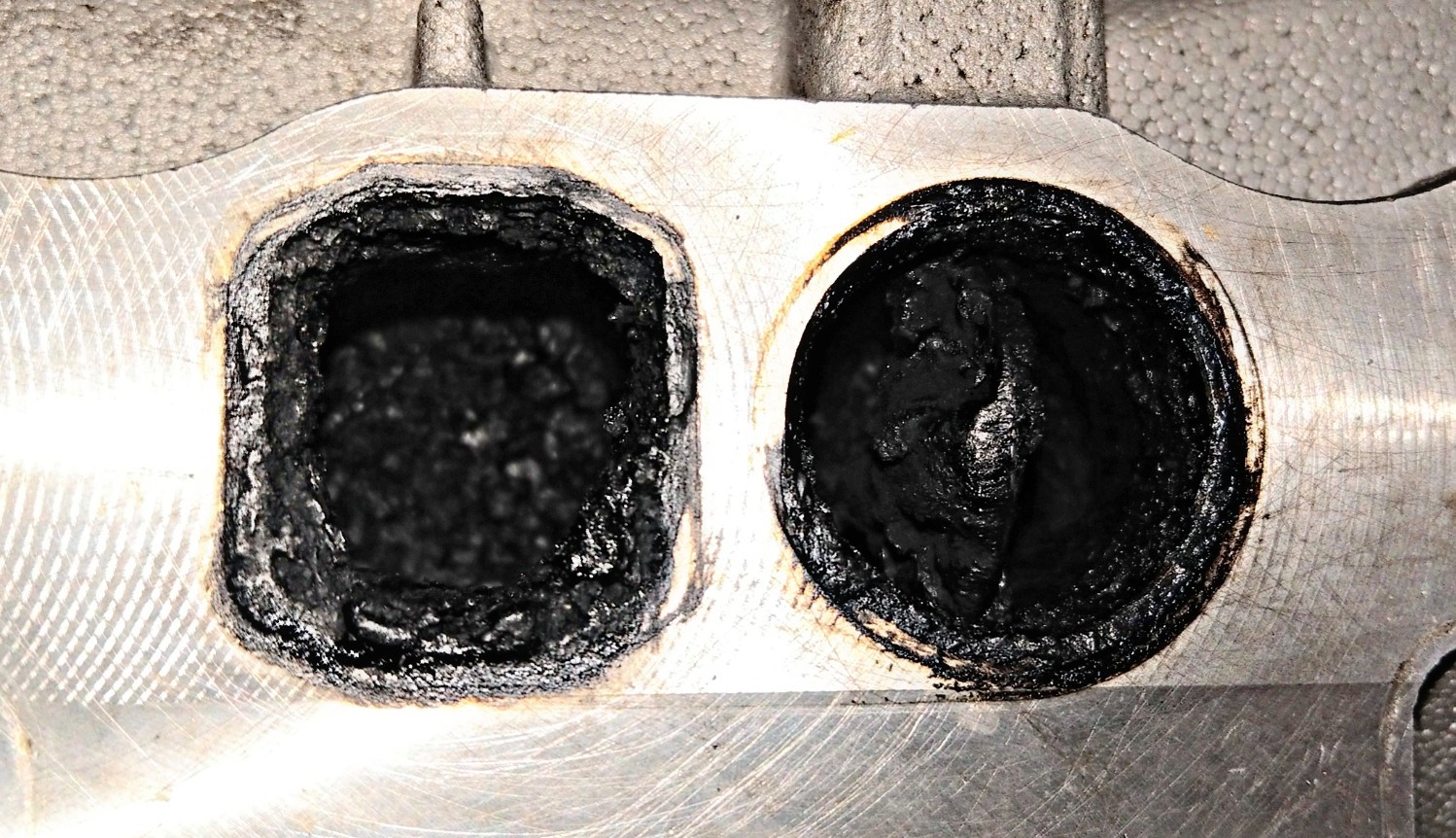 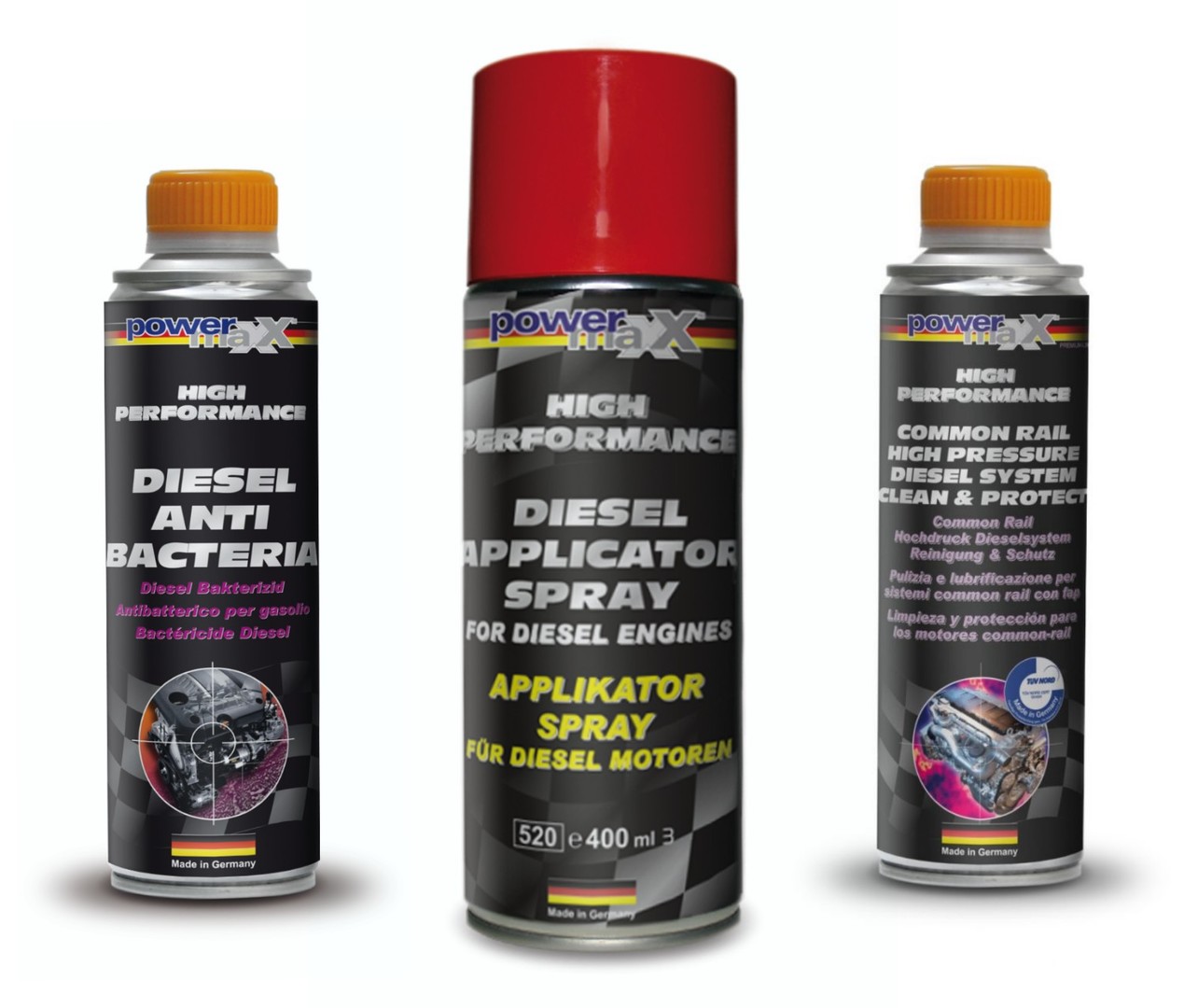